Cookie preferences
This website uses cookies, which are necessary for the technical operation of the website and are always set. Other cookies, which increase the comfort when using this website, are used for direct advertising or to facilitate interaction with other websites and social networks, are only set with your consent.
Configuration
Technically required
These cookies are necessary for the basic functions of the shop.
"Allow all cookies" cookie
"Decline all cookies" cookie
Amazon Pay
CSRF token
Cookie preferences
Currency change
Customer recognition
Customer-specific caching
Individual prices
Selected shop
Session
Comfort functions
These cookies are used to make the shopping experience even more appealing, for example for the recognition of the visitor.
Note
Show the facebook fanpage in the right blod sidebar
Statistics & Tracking
Affiliate program
Track device being used
Categories
Manufacturer of A-Z
All ads

Founded in 1938, Pioneer is a company based in Bunky?, Japan and is currently one of the leading manufacturers of DJ equipment. Since 2001, the DJ division has become one of the market leaders. Among other things, the company offers headphones, lighting systems and much more. but also DJ equipment from amplifiers, CD/Multi-Player and mixers to all-in-one controllers. Its best-known products include: the DJM 800 mixer, which is the most widely used in the club sector, and the DDJ and XDJ controllers, which are popular with beginners and professionals alike.

Pioneer is trusted by the world's most famous DJs and can be found in almost every club, festival or concert. Pioneer offers the right products for every skill level. The controllers and mixers of the manufacturer are all of high quality and well manufactured and can withstand even hard club visits and events without mistakes and blame.

Besides their CDJs, there were also the DJM mixers that kept it all together. Strong, reliable and everything that the professional DJ needs. With the DJM-3000, a 19 "Pro-Rack mixer, Pioneer has developed the DJM-Line-Up in 2,3,4 and 5 channel variants with new and updated digital USB connectivity, fader enhancements and new effects.

The historical CDJ 1000 was seen as a "game changer" at its launch in 2001. At a time when DJs traditionally still carry bags of CDs and records from gig to gig, the CDJ provided a much more convenient format to play and store music in an unprecedented amount. Small features such as a track waveform display, full vinyl jog sensitivity and scratching capabilities made the original CDJ1000 a big hit in nightclubs around the world and has remained an industry standard ever since. In 2009, Pioneer announced the CDJ900 and CDJ2000, extending the heritage of their most iconic turntable to the present day.

Pioneer DDJ - The Dawn of Digital

From around 2008 onwards, Pioneer noticed the growing trend of bedroom DJs and live performers using laptops to sort and play their music library at home. The introduction of the DDJ series and the WeGo series provided digital DJs with an interface to work with RekordBox, Traktor and Virtual DJ software. Many of their USB DJ controllers emulate the legendary feeling of the CDJs 1000 and 2000 Nexus.

What is the difference between Pioneer DDJ and XDJ?

Pioneer XDJs are mainly used as media players, i. e. they do not usually have a CD or DVD drive installed and can only play music from USB sticks, SD cards or iPhones. The XDJ devices also offer the possibility of adapting the set to your own needs. The media players of the XDJ series can be combined with a mixer or controller from another manufacturer, for example.
The Pioneer DDJ devices usually have an integrated audio interface, often a CD or DVD player on board and take themselves as a "complete package". Mixers and 2 decks can be found here in one device.

Filter
1 From 10
No results were found for the filter!
TOPSELLER! 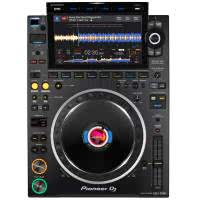 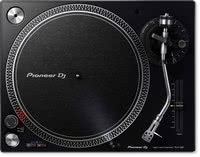 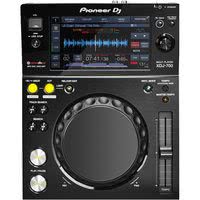 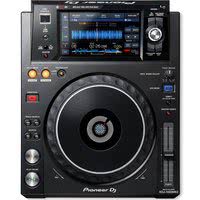 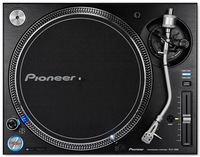 (54)
Pioneer DJ PLX-1000
From €699.00 €829.00
Available immediately
1 From 10
Viewed
This website uses cookies, which are necessary for the technical operation of the website and are always set. Other cookies, which increase the usability of this website, serve for direct advertising and/or ads personalisation or simplify interaction with other websites and social networks, will only be used with your consent. More information
Decline Accept all Configure