Cookie preferences
This website uses cookies, which are necessary for the technical operation of the website and are always set. Other cookies, which increase the comfort when using this website, are used for direct advertising or to facilitate interaction with other websites and social networks, are only set with your consent.
Configuration
Technically required
These cookies are necessary for the basic functions of the shop.
"Allow all cookies" cookie
"Decline all cookies" cookie
CSRF token
Cookie preferences
Currency change
Customer recognition
Customer-specific caching
Individual prices
Selected shop
Session
Comfort functions
These cookies are used to make the shopping experience even more appealing, for example for the recognition of the visitor.
Note
Show the facebook fanpage in the right blod sidebar
Statistics & Tracking
Affiliate program
Track device being used
Categories 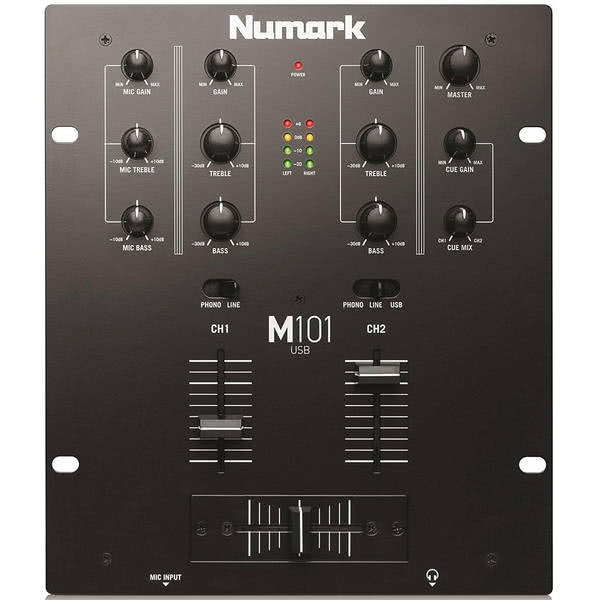 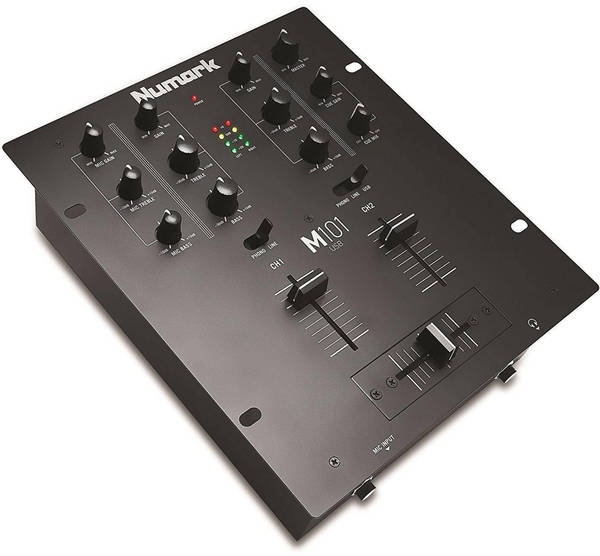 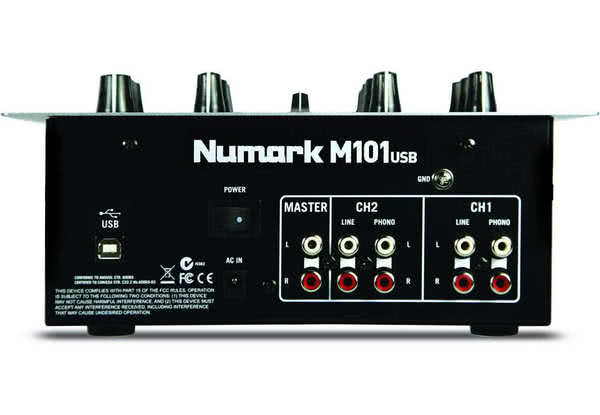 DJs always need a dependable mixer. M101USB fits the bill perfectly as a highly adaptable two-channel mixer for virtually any DJ. M101USB lets you get up and running quickly whether you’re using a computer, turntables or CDs. M101USB is right at home at weddings, parties, clubs and everything in-between.

MIX YOUR MUSIC YOUR WAY

Beginners and seasoned DJs alike who want a durable USB-equipped two-channel solution will find M101USB a perfect fit.  M101USB builds on the two-channel M101 mixer with the addition of an easy-to-use USB audio interface for DJs who want the option of working with their computer as well as traditional analog I/O.

Beyond simply mixing, M101USB has a built-in EQ so that you can fine tune your mix depending on the room or the tracks themselves. Two pairs of switchable Phono/Line inputs are included along with a crossfader, ¼” mic input and stereo RCA line output for connection to an amplifier, powered speakers or another mixer. M101USB can be rack-mounted and features Numark’s legendary industrial-grade durability.

Connecting M101USB to your computer is a snap using a single USB cable. Once connected you can use your computer as an audio source or record your sets straight to your computer's hard drive. If you're a computer DJ on the move and need solid, dependable two-channel performance, look no further than the M101USB mixer.

Subtle little mixer that goes well with my Pioneer PLX 500 turntables. Perfect for a beginner like me! I am very satisfied with this mixer and at Numark you get quality at a very reasonable price.

For the price, this part is a fairly decent piece of technology. Ideal for bedroom / hobby DJ

€598.00 €699.00
Omnitronic ACS-510
Viewed
This website uses cookies, which are necessary for the technical operation of the website and are always set. Other cookies, which increase the usability of this website, serve for direct advertising or simplify interaction with other websites and social networks, will only be used with your consent. More information
Decline Accept all Configure