Since its foundation in 1963, Korg has always set itself the goal of creating new musical and playful experiences. This led to the development of the first Japanese drum machine on disc, the Doncamatic to the development of the first Japanese synthesizer and the world's first needle tuner, followed by many unique instruments that offered the pleasure of musical entertainment to a large number of artists around the world.

Korg is committed to continuing to create innovative and uncompromising instruments to maintain the full potential of professional artists and creators while remaining accessible to everyone. Korg musical instruments are the result of the reflections and ideas of many artists loyal to Korg products.

Korg is distinguished with a series of innovations and pioneering products. The Key-Transpose" function was Katoh's idea after a singer in his club needed her accompaniment in a lower key, which was not enough for the accompanist. Korg was the first company to present effects on a synthesizer and the first to use a "Sample + Synthesis" sound design. The M1 Workstation, launched in 1988, sold more than 250,000 units, making it the best-selling synthesizer of all time. 2.

In 1989 Korg hired the design team of Sequential Circuits when they were relieved of their duties by the then sequential owner Yamaha. Yamaha Corporation has always been an important partner of Korg, supplying them with circuits and mechanical parts. In 1987, shortly before the release of the M1 Music Workstation, Yamaha acquired a majority stake in Korg. The acquisition of the company was mutually agreed, Katoh worked out the terms and conditions and the two companies continued to develop their product lines independently and competed on the market. After 5 very successful years Katoh had enough money to buy back a large part of the Yamaha share in 1993.

Filter
1 From 3
No results were found for the filter!

(3)
Korg Microkorg
The finest modeling and an elegant 16-band vocoder are now finally accommodated in a compact and portable instrument. With 37 keys and 128 memories, the microKORG synthesizer/vocoder is the perfect instrument for live musicians,...
€376.00 €419.00

(2)
Korg Volca Keys
The Korg Volca Keys Analogue Loop Synth is the perfect choice if you're looking for an introductory synthesizer with a simple – yet powerful – polyphonic analog sound engine and loop sequencer. This long-awaited 27-key analogue lead...
From €151.00 €169.00

(9)
Korg Electribe 2
The electribe has been reborn including KORG's latest technology distilled from popular products such as the KingKORG, kaossilator, kaoss pad, and taktile. The 200 preset patterns cover House and Techno as well as cutting-edge dance...
€403.00 €449.00

(6)
Korg Volca Sample
Tweak, Play, and Sequence Samples – volca-Style You can perform with just one unit --- the volca sample. The volca sample is a sample sequencer that lets you edit and sequence up to 100 sample sounds in real time for powerful live...
From €147.00 €169.00

(1)
Korg Volca Nubass
The Korg Volca NuBass delivers the harmonic fullness and powerful dynamics that can only be achieved with tubes because it is equipped with tubes - Nutube technology, to be precise. A Nutube drives the oscillator (either saw or square...
€176.00 €199.00 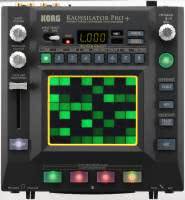 (2)
Korg Kaossilator Pro Plus
The Korg Kaossilator Pro+ is an innovative, distinguished Dynamic Phrase Synthesizer that lets you perform and create multi-layered music in any style with just the touch of a finger. By simply stroking, tapping or rubbing the touchpad,...
From €358.00 €399.00

(4)
Korg Volca Beats
The Korg Volca Beats Analogue Rythm Machine is a powerful analogue synthesizer that delivers a more accurate sound than any other analog rythm machine. Its peerless beats are generated by solid analog drum sounds and an easy-to-use Loop...
From €151.00 €169.00 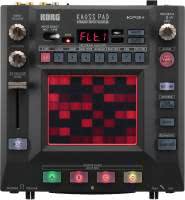 (2)
Korg Kaoss Pad KP3+
The Korg Kaoss Pad KP3+ is a innovative, powerful realtime effects unit/ sampler with the latest effects and sampling functionality. By simply stroking, tapping or rubbing the Kaoss touch pad with their finger, the users of this unit can...
€358.00 €399.00

(1)
Korg microKEY 61 - Gen. 2
With all of the endless options, configurations, and choices that modern technology offers musicians today, in the end, the simplest solution is often the best solution. An uncomplicated, straightforward design, compact size, and easy...
€139.00 €145.00 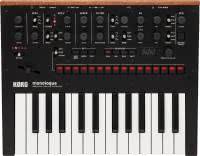 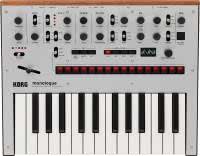 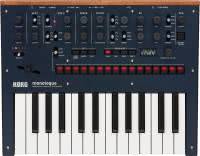 (1)
Korg Monologue
Fully programmable, analog synthesis for all players; monologue is the next-generation monophonic synthesizer that shares the spirit of the acclaimed minilogue, with a completely new voice and powerful new features. The monologue is a...
From €260.00 €299.00 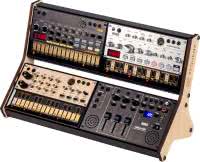 Korg nanoKONTROL 2
The Korg nanoKONTROL 2 black is a small, slim-line footprint USB control surface for your Mac/PC or laptop and enables you mouse free control over your DAW. This MIDI Controller provides knobs, buttons and faders that can be freely...
€56.00 €65.00 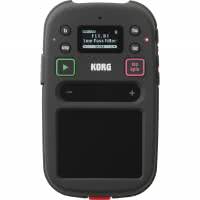 (1)
Korg microKEY 37 - Gen. 2
With all of the endless options, configurations, and choices that modern technology offers musicians today, in the end, the simplest solution is often the best solution. An uncomplicated, straightforward design, compact size, and easy...
€68.00 €79.00

Korg microKEY 49 - Gen. 2
With all of the endless options, configurations, and choices that modern technology offers musicians today, in the end, the simplest solution is often the best solution. An uncomplicated, straightforward design, compact size, and easy...
€98.00 €99.00

(6)
Korg Volca Drum
Why search for the perfect electronic drum sounds when you can create your own sounds with the Korg Volca Drum Physical Modeling Drum Synthesizer? This powerful percussion synthesizer features six parts with two layers, so you can make...
€147.00 €169.00 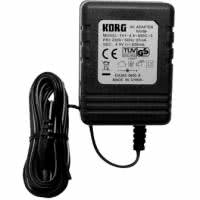