Founded in Washington State in 1981, Rane Corporation is a private company. The owners previously held middle management positions at Phase Linear Corporation, a high-end consumer electronics company. With this in mind, they combined over 40 years of combined audio experience to form Rane Corporation. Due to their expertise, the owners became independent department heads. This organization created an unusually strong structure, as all department heads had a unique ownership perspective to ensure success.

Rane started out with four products for small bands to improve their live performances. With these products, Rane has quickly created a new price for performance, quality and reliability. Rane products became more expensive among the top high-end devices, but outperformed and outlasted them, but were still well above the low-end products - creating a new center. It is noteworthy that in the first two years of its production, Rane has designed and delivered eight new products, four of which are still in production today.

At the request of Richard Long from Richard Long (RLA) and Richard Long & Associates (RLA), Rane first appeared on the market for DJ mixers. Richard Long was a famous sound designer for the biggest names in the disco. He designed systems for Studio 54, Annabels (London), Regines (a chain of 19 clubs scattered all over the world from Paris and New York to Cairo) and many others that were the avant-garde of the disco era.

Richard turned to Rane and asked her to redesign his famous X3000 crossover with its proprietary technology. This became the X3000A, which was built exclusively for Richard Long. They also helped to develop a DJ equalizer called Q5000. Based on his successful collaboration with Rane, he convinced her to explore the DJ mix market. They produced their first DJ mixer, the MP24, which quickly became the industry standard.

After creating many more innovative DJ products after the MP24, Rane took part in an AES (Audio Engineering Society) convention in New York City in 1998. Four very talented turntablists introduced them to their art and invited a few Ranes to tutor them in their backyard. It was an eye opening for a few Joes from the sticks of Mukilteo. They felt privileged to be invited, not only to participate in the turntablism fun, but also to be the company they have chosen to build their dream mixer. They knew Rane's reputation in the club market and understood his design philosophy.

Rane's product designers joined a handful of the best scratch performers in town, spreading their ideas literally on the floor of Wiz's apartment in Spanish Harlem and going to work. This is how the anatomy of the TTM 54 Performance Mixer began. For three days they enjoyed the company of Rolly Roll, Development, DJ Big Wiz, Sugarcuts, Marz1 and Peter Parker. They saw performances by DJ Quest, The Crash Dummies, The X-Men and many more. During their stay, they have defined every detail of the mixer down to the smallest detail: features, knobs, knob size and feel, fader feeling and much more. Together, they created Rane's first hip-hop combat blender, which became one of the most successful products in Rane's history.

The rapid development of DJ mixing is absolutely amazing. When Rane started out, they never knew how big the world of music mixing would become. Disco clubs of the 70s and 80s owned Basic Blending. Now the genres, techniques and methods have exploded into infinite possibilities. The mixer is no longer just a tool, but a musical instrument, a vehicle of the

Applications for DJ mixers go far beyond what was originally intended. There will soon be as many styles of DJ mixers as there are different guitar types. Evolution is not over yet! New mixing styles are constantly evolving, resulting in new performance and equipment requirements. The lessons learned by Rane at the beginning served them well during this rapid development. 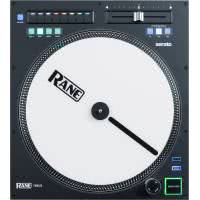 (3)
Rane Twelve
The TWELVE is a simple, pure and powerful DJ control system without the hassle of fragile needles and jumping tonearms. The only distinctive feature is a precise, multifunctional touch-strip that triggers hot cues instead of the tonearm...
From €545.00 €959.99 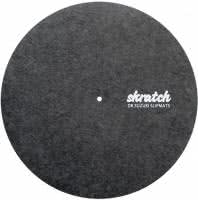 (1)
Rane Dr. Suzuki 12“ Skratch Slipmats
Dr. Suzuki, the inventor of the D-styles "Tablecloth" and the Serato "Scratch Live" Slipmats, presents the new Dr. Suzuki Skratch Edition Slipmats. These slipmats have been designed especially for the needs of turntablism DJ's and are...
€39.90 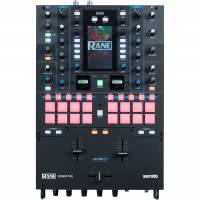 (6)
Rane Seventy Two
The Rane SEVENTY-TWO was developed in cooperation with world champion DJs and their crews all over the world. This flagship combat-ready ship offers the high standards of performance and design expected from RANE, as well as breakthrough...
From €1,779.00 €2,279.99 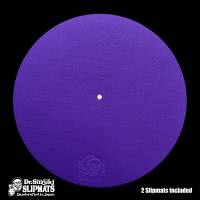 (1)
Rane Dr. Suzuki 12“ Mix-Edition Slipmat - Purple
All Dr. Suzuki Slipmats are specially designed to provide excellent mixing and scratching performance. The robustness of the Slipmat reduces the noise when operating the vinyl by a multiple and allows a smoother movement. Furthermore,...
€27.00 €29.90 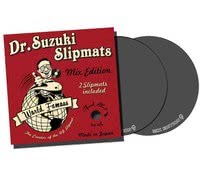 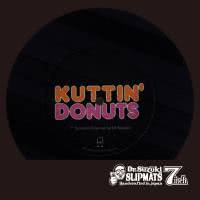 Rane Dr. Suzuki 7“ Kuttin Donuts Slipmat
Dr. Suzuki presents with the Kuttin' Donuts 7" Slipmat a scratch-oriented slipmat especially for 7" vinyl. The Slipmat can be positioned between a 12" and a 7" record, which makes the 7" as comfortable and accurate to control as the 12"...
€36.00 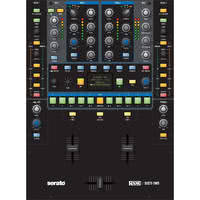 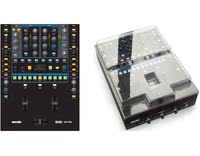