Founded in 1962, Audio-Technica is a global group of companies engaged in the development, manufacture, marketing and distribution of problem-solving audio equipment. Audio-Technica is initially known only for its modern cartridge cartridges and today, Audio-Technica manufactures high-performance microphones, headphones, wireless systems, mixing consoles and electronic products for home and professional use. 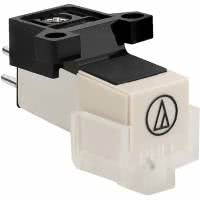