With offices on five continents, the company has earned an international reputation for quality, reliability and value and is known for many breakthroughs in the professional lighting industry over the last 25 years. Much of this is due to the fact that, despite its stellar growth, ADJ is still run by its founders, who have always adhered to the strictest quality standards and followed a visionary philosophy of innovation. From the company's beginnings when it introduced the first reliable sound-active lighting for discos and clubs to today's advances in LED lighting, the ADJ Group has been a pioneer in lighting technology and has always put customers first.

That's why ADJ Group's satisfied customers range from disc jockeys and mobile entertainers to architectural applications such as the Luxor Hotel in Las Vegas, attractions such as Disneyland and the world's largest cruise ship, the Royal Caribbean's Oasis of the Seas. The company's products have also been used for television shows such as WWWE Wrestling and major concert tours such as Billy Joel/Elton John, AC/DC, Jay-Z and John Mayer.

Filter
1 From 2
No results were found for the filter!

American DJ Mister Kool II
Over 10 years ago, Mister Kool became one of the leading, affordable, yet portable, low-lying professional fog machines on the market. Now with a more powerful heater (700W) and only a 3 minute warm-up time, Mister Kool II continues to...
€105.00 €129.00 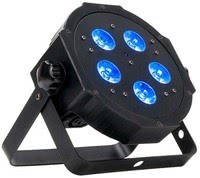 (1)
American DJ Mega HEX Par
The ADJ Mega Hex Par is a compact, low profile par designed for up lighting and stage lighting, and will bring color and excitement to any event. This fixture features ADJ’s patented “sit-flat” design so that it may sit directly on the...
€74.00 €89.00 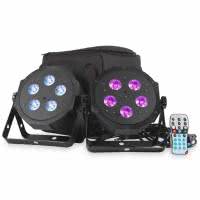 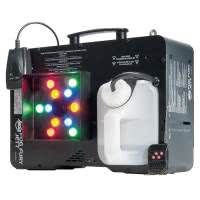 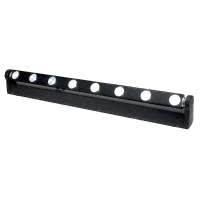 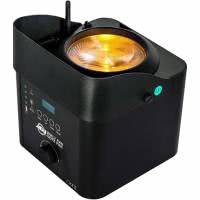 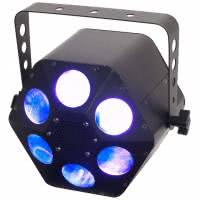 American DJ Quad Phase HP
The ADJ's Quad Phase HP fills every room with razor-sharp beams and leaves a wow effect on your audience! This technologically advanced Moonflower device has a powerful 4-in-1 Quad-LED lamp with 32 W (RGBW). While it offers as many...
€170.00 €239.00 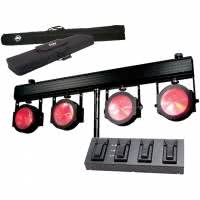 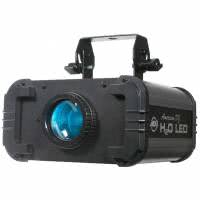 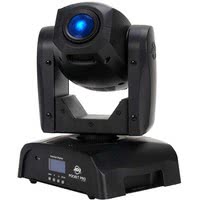 American DJ Pocket Pro
The new Pocket Pro is a completely redesigned moving head. We have met our customers' expectations of offering an affordable moving head. On the front of the head is a manual focus ring for easy and precise fine adjustment of the gobo...
€240.00 €299.00 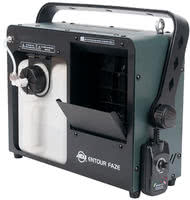 American DJ Entour Faze
The Entour Faze is part of the Entour Atmospherics Series of products from ADJ. This 450W Faze Machine uses ADJ’s patent pending rapid heater technology that allows the machine to be ready to produce haze in 40 seconds from the time it’s...
€200.00 €239.00 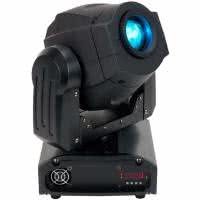 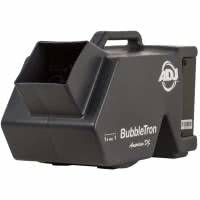 American DJ Bubble Tron
The American DJ Bubbletron is the perfect solution for anyone that wants to create a fun or artistic effect on stage or at a performance. It's very easy to use - as easy as pour in the bubbles and turn it on! Bubbletron creates 100's of...
€75.00 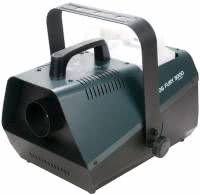 American DJ Fog Fury 3000
The ADJ Fog Fury 3000 is a 1500W professional DMX Fog Machine with new advances in technology. It has a special heating element design that uses an oil type transmission throughout the pipeline to prevent clogging. It is also equipped...
€249.00 €299.00 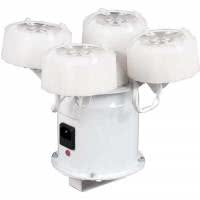 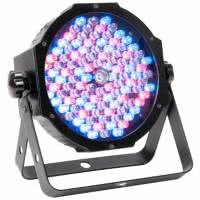 American DJ Mega PAR Profile Plus
The ADJ Mega Par is a compact, low profile par light designed for uplighting, stage lighting and sure to deliver colour and excitement to any event. This 2-in-1 LED Par provides RGB colour mixing plus UV black light and comes equipped...
€133.00 €159.00 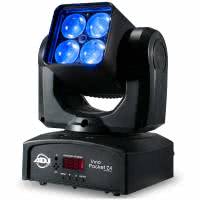 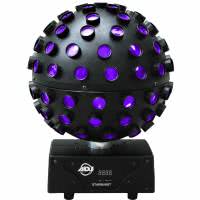 (2)
American DJ Starburst
The Starburst is a LED sphere effect that rotates to your music while producing exceptionally sharp, multicolored beam effects. With a light source consisting of five HEX LEDs (RGBW+Yellow+Purple) with 15 watts each, the Starburst offers...
€309.00