AKG products have been used for many decades in renowned sound studios, radio and television stations, opera houses and on the stage of show business worldwide. For decades, top international rock, pop and classical musicians have relied on AKG microphones and headphones.

Today AKG is one of the world's leading manufacturers of high quality microphones, headphones and wireless systems. Let's dive into the history of one of the largest brands in the audio industry...

Ernst Pless and Dr. Rudolf Goerike began in Vienna in 1947 with few employees, and it became a constant fixture in the world of sound: AKG stands worldwide for musical passion, for best sound, highest quality and innovation in the world of acoustics. AKG was founded in 1947 and a few months later AKG microphones were first used in radio stations, theatres and jazz clubs in 1947. The handmade products, which at that time were manufactured by only five employees, belong to the AKG Dyn series. These beautiful microphones are considered to be sought-after collectibles.

AKG is also expanding geographically with growing success. In 1955 AKG laid the foundation stone for its German subsidiary, and by the end of the 1950s AKG already has numerous distribution partners in Europe and overseas. In the Swinging Sixties AKG also conquers the former Eastern Block and South America.

AKG focuses on the development and production of high quality electroacoustic transducers from 1965, after the end of the great cinema era. Over the next few years AKG will launch the first two-way dynamic microphones (D 202, D 224) and develop the first small-Mebran modular condenser microphone series "CMS".

The 70s: AKG innovations on the advance

AKG's continuous innovation has been a hallmark of AKG since the 1970s. The company began the decade with the introduction of the world's first portable reverb system (BX 2). In 1973 AKG also received postal awards for its many years of exclusive collaboration with the BBC: on the occasion of the 50th anniversary of the BBC, the British Postal Service issued a 3-pence brand showing the BBC standard microphones - exclusively AKG products. In 1974 AKG applied for the 1000th patent and launched the first integrated headphones (K 140) on the market. Further innovations follow, such as the AKG TS system (Transversal Suspension) for cartridge systems, AKG two-way technology in headphone production and vocal microphones in studio technology for extreme mechanical loads, which further enhance the worldwide reputation of AKG products.

At the end of the 1970s AKG began to exclusively engage international artists, including stars such as Frank Sinatra, Roger Whittaker and Falco. As a technology leader, AKG is well prepared for the dawn of the digital age and can already use digital technology at the 1980 Olympic Games in Moscow. Step by step, the company is introducing innovations for the digital requirements: for example, a digital/analog reverb unit (BX 25 ED), the world's first compact two-way headphones or the first AKG condenser microphone series to meet the increased demands of digital studio use.

Economic expansion on the stock exchange

In 1984 AKG goes public and starts a phase of strong expansion: in 1985 AKG opens its US subsidiary and acquires further companies such as "dbx Professional Products"in 1989. The expansion course continues until the beginning of the 1990s, including acquisitions in Great Britain and Germany.

AKG continues to focus on the expansion of its products. In the early 1990s, AKG products were even tested in space simulation for the first time. AKG's success continues with the new generation of AKG's "K-Series"headphones, later extended for consumer electronics, the new "Tri Power Series" and "AKG Blue Line Series" microphone lines, and the C 547, C 647, C 621 condenser microphones.

AKG as part of Harman International

1993/94 AKG leaves the Vienna Stock Exchange and acquires Harman International Industries, Inc. a new owner. This is followed by an economic restructuring phase with a streamlining of the product and distribution offering. In 1994 AKG successfully expands its wireless microphone program. This is used in international top acts such as Rod Stewart, Peter Gabriel and Simply Red. In 1995 AKG launches the world's smallest double membrane system (CK 77/C 577) specifically designed for theatre, TV and film applications. With the AKG Performer Series, the company also offers affordable microphones for home recording, karaoke and music stars.

AKG is continuing on this successful course of success in the late 1990s: AKG launches, for example, the multi-channel radio system AKG WMS 60, the AKG Hearo series or the first large double diaphragm system in cheek electrode technology (C 4000 B). In order to further expand its technological leadership, AKG is starting the new millennium with a strategically stronger focus on its core products. With the implementation of a new manufacturing strategy AKG expands its development and production site in Vienna, where AKG has been producing premium products for years. This secures AKG's worldwide technological leadership.

AKG is also striving for this leading position in the global market: AKG is on a clear course of economic expansion for its 60th anniversary. In addition to opening up new geographic markets, the AKG brand, which is known worldwide, will be positioned even more strongly in existing and new target groups. This is ensured by a soft but clear visual relaunch. At the same time, numerous new AKG products will be launched on the market. These measures will give AKG and its world-renowned microphone and headphone program a new lease of life and provide the highest quality for all professional audio needs in a traditional style. 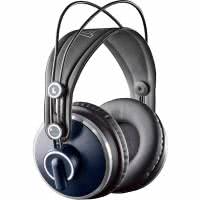