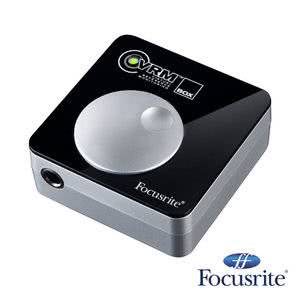 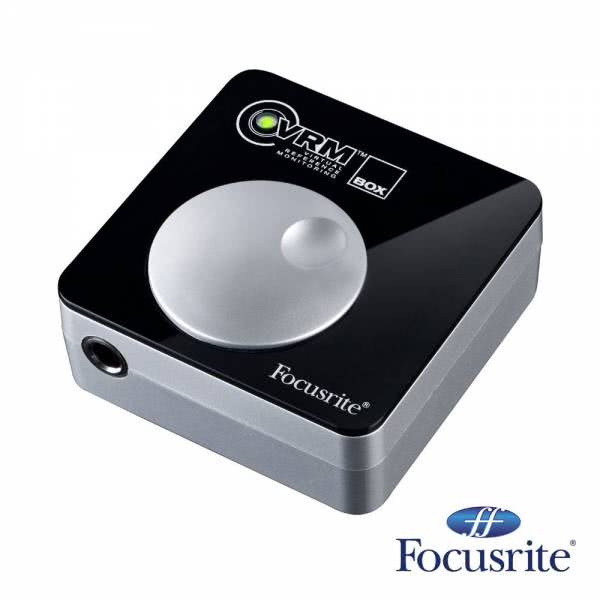 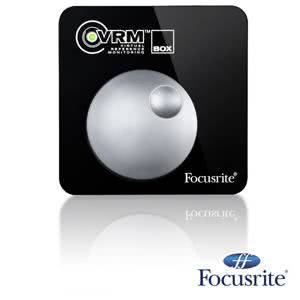 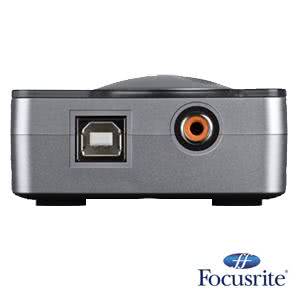 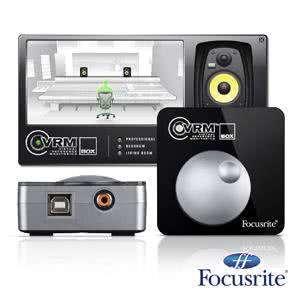 Description
Description
With Focusrite VRM Box , you can mix in your studio, wherever you are. Pocket sized and built to...plus
Fermer menu

With Focusrite VRM Box, you can mix in your studio, wherever you are. Pocket sized and built to last, VRM Box places Focusrite’s proven and patent-pending VRM – Virtual Reference Monitoring – technology in a robust, palm-sized audio interface.

VRM overcomes the major obstacle for mixing with headphones by giving you multiple perspectives on your mix, as if you were listening through speakers. Indeed, noise levels from mixing through speakers can make it impossible for most to mix at home, especially late at night; with VRM, you can mix any time, anywhere. Using any pair of monitoring headphones, VRM lets you choose your mixing environment from a living room, a bedroom studio, or a professional studio. You then simply choose from a list of industry-standard studio monitors and speakers