Wharfedale Pro has a heritage based on first-class audio quality dating back to the 1930s. Founded in 1932 by Gilbert Briggs, Wharfedale was initially a manufacturer of hi-fi speakers and is still an independent brand today.

Gilbert Briggs built his first loudspeaker in a cosy market town in the valley of the river Wharfe, an area known today as "Wharfedale", a somewhat unlikely city for one of the biggest loudspeaker brands ever.
He owes his attention to details in the development of an exceptional speaker not only to his technical knowledge, but also to his passion for great music - he was himself an accomplished pianist. His first creations also won first and second prizes in a Bradford Radio Society competition, and Wharfedale Hi-Fi products continue to win many awards today.

Wharfedale as a HiFi brand is known as an innovator in its field, who developed one of the first two-way loudspeakers in 1945 and worked with Quad's Peter Walker, who merged quad-electronics and Wharfedale speaker technology. The brand spends the next few decades leading the industry in style and science; teak vinyl and modern plastics are introduced in the 60s & 70s and scanning laser probe (SCALP) and frequency slice plot (FRESP) techniques for sonic accuracy in the 80s.
One of the most successful Wharfedale loudspeaker lines still in use today is the Wharfedale Diamond Series, which was launched in 1981.
The speaker was a hit because it was an ultra-compact bookshelf with unique driver technology and massive sound - it was exactly what the market wanted. The Diamond Series is still in production today, with the Diamond 220 being awarded Best Loudspeaker up to £200 at the What Hi-Fi Awards 2014.

In 1996, the Wharfedale brand was taken over by the International Audio Group. Wharfedale Pro is another step into the future to meet the growing demand of a growing pro audio market.
Wharfedale Pro is recognized today as a leading force in a highly competitive market. Similar to the best-selling Diamond series in Hi-Fi, Wharfedale Pro has achieved similar successes; loudspeakers such as Titan Active, WLA and EVP-X are internationally acclaimed and are used by smaller venues, bands and mobile DJ setups to professional installations with stadiums, superclubs, churches and theatres. 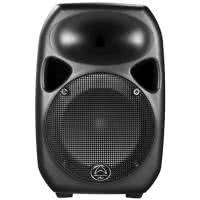 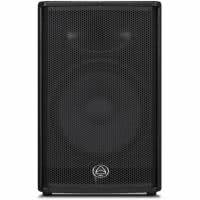 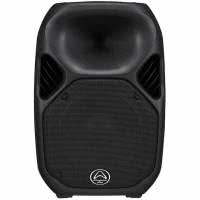 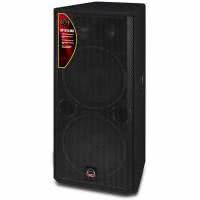 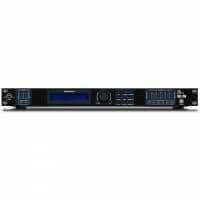