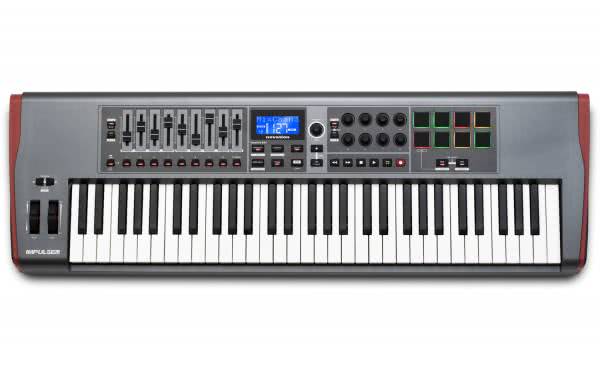 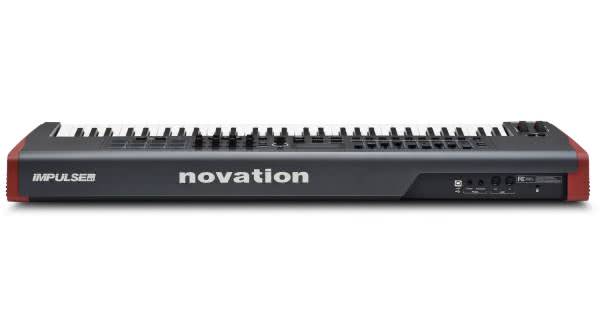 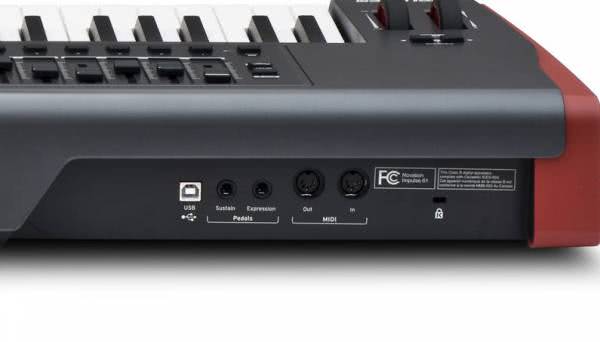 The Novation Impulse 61 USB MIDI controller offers you everything you need to control your DAW with expression and precision. The heart of Impulse 61 is formed by the very fast-reacting, semi-weighted keyboard with assignable aftertouch. You get full DAW/plug-in control via 9 faders, 8 rotarys, 8 backlit performance pads, an army of special/allocable buttons and transport controls, and an LCD display to keep your status-savvy. The Impulse 61 also comes with a neat collection of cool software and sounds. If you have DAW control problems, refer to Novation Impulse 61.

The semi-weighted keybed of the Novation Impulse 61 is first-class. These keys are designed to feel like an instrument rather than a computer accessory, and communicate musical expression with an effect you never thought possible. That has always been the challenge with MIDI and computer-based music creation - and the Impulse 61 attacks it right away. The result is better music.

From: Peter On: 5 Mar 2019
Viewed
This website uses cookies, which are necessary for the technical operation of the website and are always set. Other cookies, which increase the usability of this website, serve for direct advertising and/or ads personalisation or simplify interaction with other websites and social networks, will only be used with your consent. More information
Decline Accept all Configure