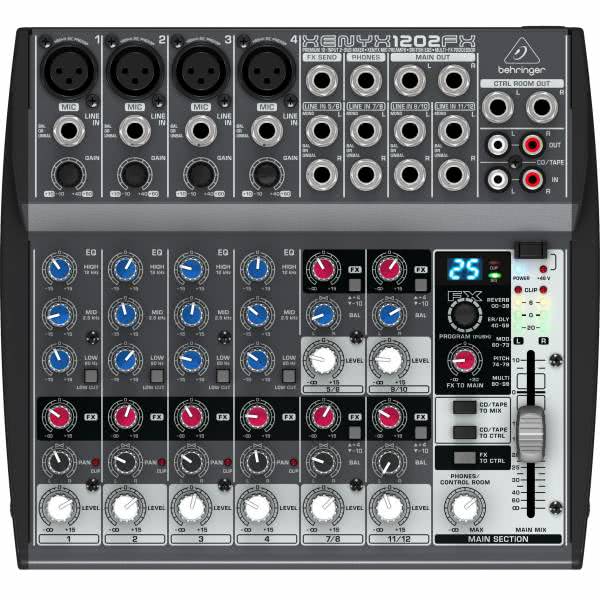 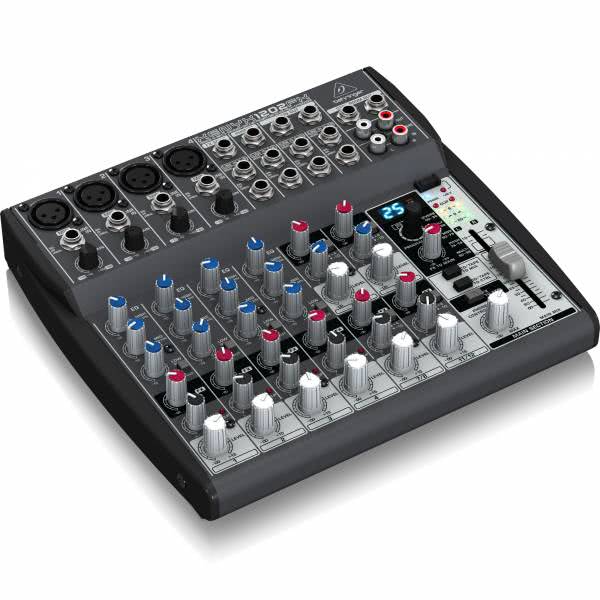 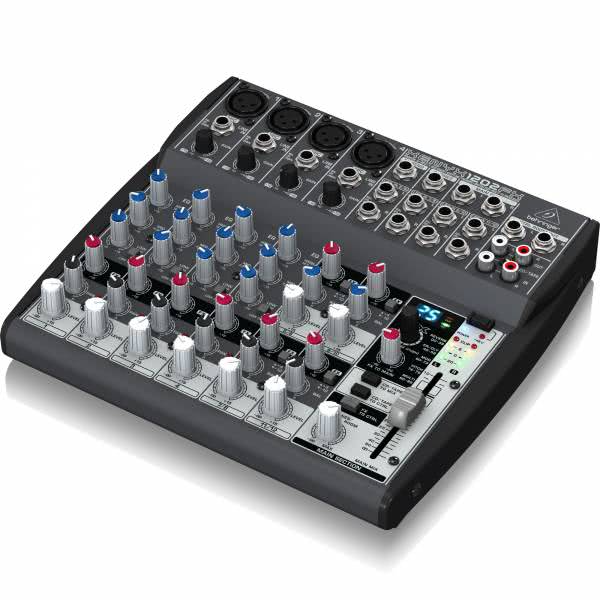 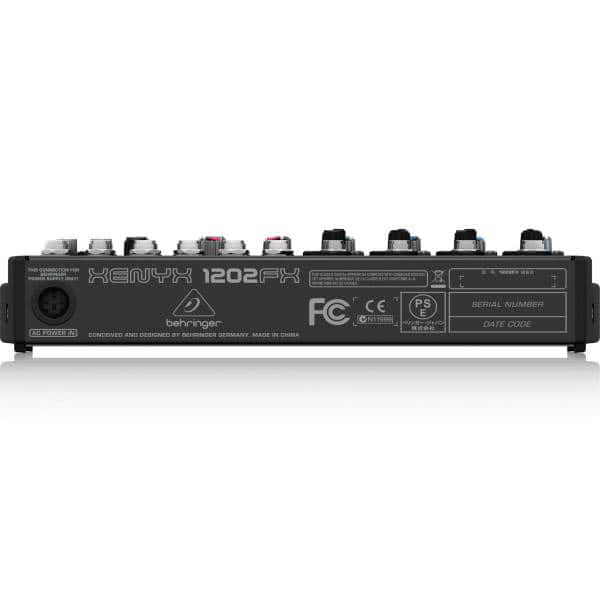 The Behringer XENYX 1202FX is a premium 12-Input 2-Bus Mixer with Mic Preamps, British EQs and 24-Bit Multi-FX Processor. It's simple, lightweight and just waiting to make your sound wonderful.
The XENYX 1202FX has four XENYX mic preamps with +48 V phantom power, making it possible to use four dynamic or condenser microphones. The three-band British EQs on each channel are famous for warm, musical sound. Simple, high-quality controls make it possible to create beautiful mixes with minimal technical expertise.

Play music between sets via the RCA CD/tape inputs (assignable to main mix or control room/phones outputs) and record your performance to an outboard recording device via the RCA outputs.

A very good and affordable mixer for the home studio or the band rehearsal room. Compared to the past, Behringer has caught up in terms of quality. There is hardly any noise here. Only those who turn up the preamps too much can perceive some noise. Otherwise a solid mixer. Everything works. Many entrances at a great price !. The effects are more than just a nice bonus and sound pretty official! The reverb programs sound very good. The few euros more for the FX version are definitely worth it!