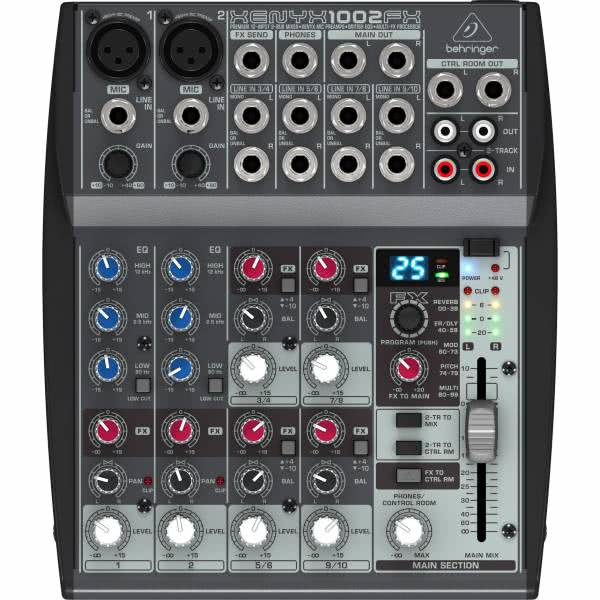 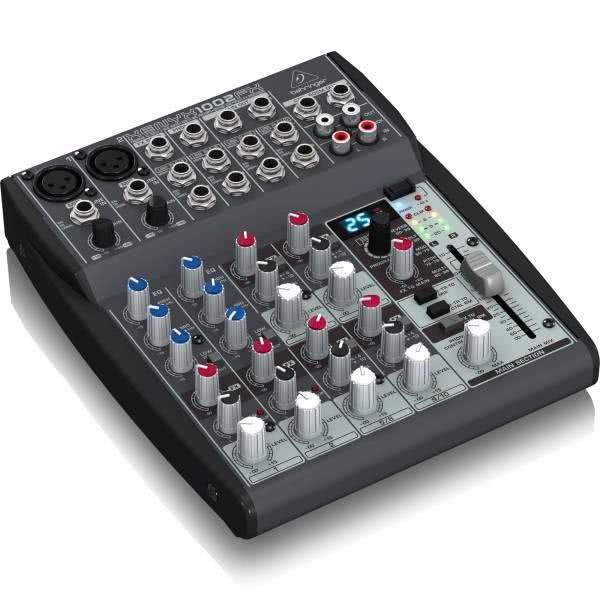 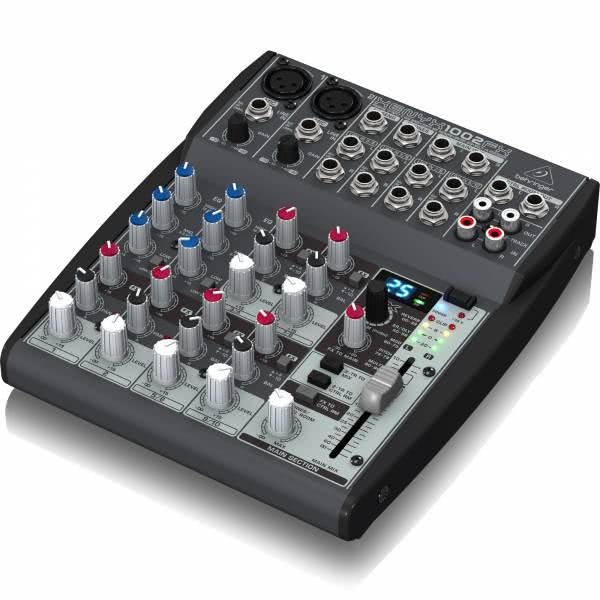 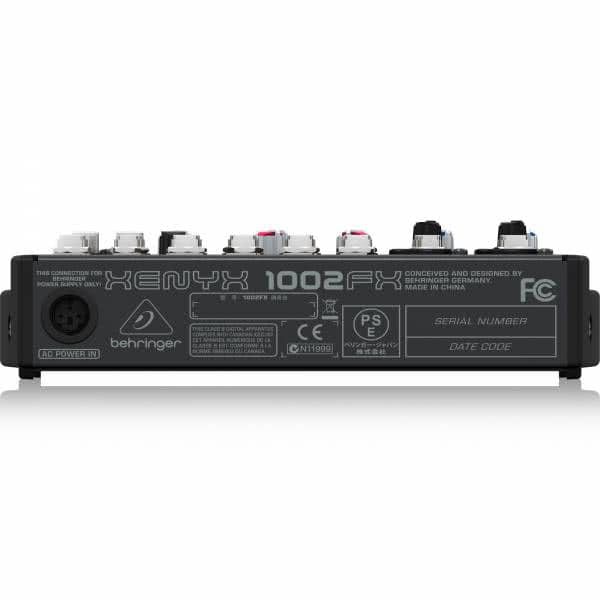 The compact XENYX 1002FX mixer delivers effortlessly superior sound thanks to its 2 XENYX mic preamps in studio quality and ultra-musical British "channel EQs. This handy little mixer has a total of 10 inputs (2 microphones, 4 stereo) to control a variety of input sources.

Add to this the 24-bit Multi-FX processor with 100 fantastic presets including reverb, chorus, flanger, delay, pitch shifter and various multi-effects - and the 1002FX becomes an incredibly versatile mixer for your live performances.